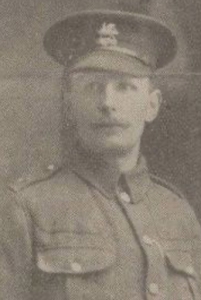 Commemorated on the Menin Gate, Ieper, West-Vlaanderen, Belgium. Panel 14 as shown above centre, and on the Folkestone civic war memorial, also in The Buffs Book of Life in the Warriors Chapel, Canterbury Cathedral, Kent, and in the parish church of St. Mary & St. Eanswythe, Folkestone, the Roll of Honour of The Kent County Association of Change Ringers in Canterbury Cathedral, Kent, and in the Great War Memorial Book of Church Bell Ringers who fell in the Great War 1914-1918, which is on display in a bookcase on the way up to the ringing chamber at St. Paul’s Cathedral, London.

William was born at Anvil Green, Waltham, Canterbury, Kent on Tuesday 2 November 1880. He was 5 months old at the time of the 1881 census, and his father ,30 year old Waltham native John Winchester, was a Shepherd. Jane Winchester was incorrectly entered on the 1891 census as being a widow; her husband John was still alive and was a patient at the Kent County Lunatic Asylum, Chartham, Canterbury, which is where, at the age of 54 he died in early 1905. On the 1891 census entry Jane Winchester was recorded as being employed as a Domestic Servant and a Stone Picker. During a conversation with Williams’ niece, Miss Dorothy (Dolly) Mary Winchester, many years ago, it was learned that Jane did indeed have two totally different forms of employment in order to generate enough income to support herself and two sons. It was also learned, via Dolly, that both William and her father Alfred, had assisted their mother as she picked stones from fields of local farmers in Waltham.

By the time of the 1901 census, Jane Winchester and her sons William and Alfred had moved to Church Lane, Aldington. William was recorded by the enumerator as being employed as a Farm Carter. During this time William was a member of the bell ringers at the Aldington parish church of St. Martin. He was also a regular competitor in the annual vegetable and flower shows and a prize winner on a number of occasions!

William married Miss Jessie Louisa Sykes  in Ramsgate, Isle of Thanet on Saturday 27 October 1906. They lived in Aldington and at the time of the 1911 census, William was recorded as being the head of the house at Church Hill, Church Street, Aldington and employed as a Farm Labourer.

Prior to the Great War when living at Aldington, William had served as a Corporal in the 1/5th (The Weald of Kent) Battalion, The Buffs (East Kent Regiment), (Territorial Force) which was based at the Drill Hall, Newtown Road, Ashford, Kent.

William and Jessie moved from Aldington to live in Folkestone, Kent where he was employed as a Carman for a Mineral Water Company and it was in Folkestone that William had enlisted in the army in January 1915, and was attested as a Private in The Buffs (East Kent Regiment). William served on the Western Front with the British Expeditionary Force from Wednesday 14 April 1915, which was the same day that the 2nd Battalion, The Buffs (East Kent Regiment), which he later joined in the field, had been relieved in the Broodseinde sector of Belgium and moved to the village of St. Jean.

During the Second Battle of Ypres, fought from Thursday 22 April to Tuesday 25 May 1915, German forces launched a renewed offensive against the Ypres Salient on Thursday 22 April 1915, and for the first time had used poison gas. None of the soldiers facing them had any form of protection from the chlorine gas. The Germans targeted four miles of the front.  The wind-blown poison gas decimated two divisions of French and Algerian colonial troops and also badly affected Canadian soldiers.

As the result in the break in the line due to the gas attack, 48 year old Dover native Colonel Augustus David Geddes, who commanded the 2nd Battalion, The Buffs (East Kent Regiment) was ordered to use his battalion and three other battalions, to fill a gap in the line to prevent the Canadians being outflanked. The four battalions became know as ‘Geddes Detachment.’

The following is a brief extract from the narrative by Captain Tomlinson of “B” Company, 2nd Battalion, The Buffs (East Kent Regiment) for the day that William lost his life:- “We ultimately reached a point about 400 yards east of the St Julien-Poelcappelle Road, where we entered the Canadian trench. Here the Major & his men stayed. We were told to file along the trench towards our left, that is towards the gap left by the French retirement. The Canadians left had just vacated the portion of trench actually abutting on the gap, and this portion we re-occupied. My left was thus on the St Julien-Poelcappelle Road. It was almost daybreak. Major McQuaig, who was in charge of the Canadian left, told me that he had begun to fix up a breastwork on the road to protect it from the Germans on the flank and in rear. A breastwork certainly had been begun; it may even have consisted of two rows of sand-bags, but we had scarcely had time to improve it at all when it became light; and a few minutes later I realized that it was quite untenable. The Germans, in a French communication trench, were only about 40 or 50 yards away on our left flank (they shouted to us in French and were clearly audible) and, about 300 or 400 yards to our rear they lined the edge of a wood, along nearly the whole length of the company.

On the road, behind this breastwork we had, I suppose, about a dozen men. Three or four were killed (including Lieut. Laing) and as many wounded in less than 10 minutes. Laing and I both got hit through the cap and as we were examining them he got shot through the head. I was also shot through the right sleeve. I gave the order to withdraw, man by man, along the trench (i.e. to our right) about 20 yards to where the rest of Laing’s platoon was. One man was killed (by fire from the rear) and another wounded whilst running along the trench. Practically speaking there was no paradow; I lost, during the day, a considerable number, but, I think, all from fire from the rear or from “whizz-bangs,” bursts of which were directed against different parts of the trench during the day.”

William was numbered among the 15 casualties of the 2nd Battalion, The Buffs (East Kent Regiment) who died Friday 23 April 1915, of whom 13 have no known grave and are all commemorated on the Menin Gate. The other two casualties are at rest at Vlamertinghe Military Cemetery, Vlamertinge, West-Vlaanderen, Belgium which is located approximately three miles from the centre of Ieper.

Brief mention follows of the heroism of Williams’ niece Dorothy (Dolly) Mary Winchester who lived at Trecott, Church Lane, Aldington. Born in Aldington on Wednesday 3 April 1907, Dolly died on Friday 14 April 1978. For over half a century she faithfully cleaned St. Martin’s church, where within its curtilage once stood a small cottage. The cottage caught fire, stranding the widowed occupant inside.  Single handedly Dolly entered the burning cottage and rescued the trapped women prior to more help arriving.