Commemorated on the Pozières Memorial, Somme, France. Panel 94, and on the Great War memorial plaque in the parish church of St. Mary the Virgin, Smeeth, , and on the Smeeth civic war memorial.

George was born at Smeeth, Kent where he was Baptised on Sunday 17 June 1888. At the parish church of St. Luke, Battersea, London on Monday 27 November 1916, George married Brabourne native Miss Ada Isabel Standen. At the time of their marriage, George was serving in the army as Rifleman, R/4903 in the 11th (Service) Battalion, King’s Royal Rifle Corps, and his father was recorded as being a Gardener and the Parish Clerk of Smeeth. Ada was recorded as being the daughter of deceased Farmer Samuel Standen and was residing at 31 Bolingbroke Grove, Battersea.

For many years Ada Spice lived at The Oaks, Mill Road, Aldington with her sister Margaret Beer and Margarets’ husband Norris Beer. The sisters were both widows when, for several years when a young boy, the compiler regularly delivered food to them which his mother would cook in separate dishes additional to their own families meals. It was during such a food delivery, it was learned that George had served in the Tank Corps and as a civilian was a Carpenter. When researching the lives & deaths of those commemorated on the Aldington, Bonnington & Hurst civic war memorial, the compiler noted that at the time of the 1911 census, George was employed as a Estate Carpenter.

Early on the morning of Thursday 21 March 1918, it being the commencement of the costly German Spring Offensive, a very heavy enemy barrage of long distance High Velocity enemy shells passed over the tanks of George’s battalion, at which time it became apparent that the anticipated German offensive had commenced. Although it was located well behind the forward zone of defences, facing Saint Quentin and Cambrai, being just to the rear of the ‘Green Line,’ Havrincourt Wood which is approximately 18 miles to the southwest of the town of Arras, was part of a last defence line that existed more on paper than in reality.

It is likely that the battalion would have lost tanks located near to the resultant fires that raged during and after the enemy shelling of Havrincourt Wood, but for the prompt and heroic action of 29 year old Second Lieutenant Thomas Purves and his crew, who managed with some difficulty, and at the real risk to their lives, to move the tanks to a safer location. The day after the commencement of the German Spring Offensive, at approximately 1500 hours, word came through that enemy troops had succeeded in breaking into the Corps line at Morchies, and were apparently marching on the villages of Beugny and Beaumetz. The information regarding the German troop movements, resulted in fresh orders being issued to George’s battalion to move off into action at once, with ‘A’ Company, ‘B’ Company, and ‘C’ Company being deployed at different locations. ‘A’ Company was ordered to an area to the west of Beugny, and to then press home attacks on the enemy in the direction of Moriches. ‘B’ Company was detailed to attack from the opposite of Beugny, with follow up engagements with the German troops to the west of Morchies. Whilst ‘A’ and ‘B’ Company’s were carrying out their combined pincer movement on Beugny, ‘C’ Company was ordered to accompany ‘A’ Company to the west of Beugny, and from there to seek and to engage the enemy to the east of Vaulx and then towards Maricourt Wood. The whole of George’s battalion managed to get away within a very short time of receipt of its orders to move, and after a trek of three miles the first of the battalions tanks were in action at 1630 hours. Unfortunately the tanks came into the view and range of the enemy as the tanks crossed the Bapaume-Cambrai road, and as soon as they were spotted by the Germans very heavy machine gun fire was brought to bear on them. Worse followed only a few minutes after being subjected to the fire of the enemy machine guns, when accurately ranged German artillery pieces commenced firing on the tanks scoring several direct hits.

Part of the 2nd Battalion, Tank Corps war diary entry for Friday 22 March 1918 states:- “Several Tanks were knocked out by shell fire almost as soon as they arrived amongst the enemy Infantry, who were found to be very numerous, as if massing for a further advance. The appearance of the Tanks seems to have been a complete surprise to the enemy Infantry, who became disorganised and retired some distance in disorder. The Tanks carried out the attack without any Infantry, and practically no artillery co-operation. The casualties both in tanks and personnel were heavy, but the attack achieved its object, in that it upset the plans of the enemy and delayed any further attack in their part for nearly 24 hours. It was known by the Staff that the enemy was massing for an attack at once, and the appearance of the tanks rendered it impossible.” 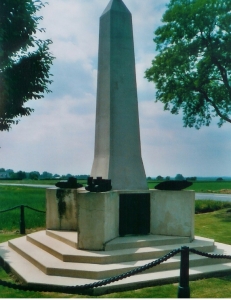 George was numbered among the 8 officers & 22 other ranks of the 2nd Battalion, Tank Corps who died on Friday 22 March 1918, of whom 29 casualties have no known grave and are all commemorated on panel 94 of the Pozières Memorial. Only Second Lieutenant, Thomas Henderson Purves, who had demonstrated both leadership & gallantry the previous day, and had served on the Western Front from Friday 3 October 1915 as a Lance Corporal in the Gordon Highlanders, and subsequently as a Corporal in the Queen’s Own Cameron Highlanders, prior to being commissioned in the Tank Corps has a known grave, and is at rest at Bancourt British Cemetery, Pas de Calais, France.  Although the village of Pozières is fairly small, it is however of particular relevance to the remembrance of George, as a little way from Pozières at the opposite end of the village from the Pozières British Cemetery which contains the Pozières Memorial, and south of the D929, is the Tank Corps Memorial which commemorates all ranks who fell 1916-1918, and is shown below left.

Having enlisted at Westminster, Middlesex, George initially served as Rifleman in the King’s Royal Rifle Corps, and that regiment also has a memorial located at Pozières.