Commemorated on the Thiepval Memorial, Somme, France. Pier and Face 5 D and on the Wesleyan Church & School, Mersham, Kent Great War memorial plaque and also in The Buffs Book of Life in the Warriors Chapel, Canterbury, Cathedral, Kent. 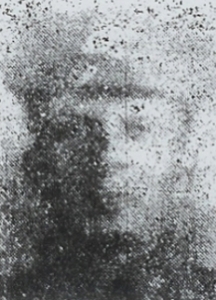 John was born at Aldington on Tuesday 6 September 1881, and lost his life on his birthday. He enlisted in the army with his best friend Harry Wood at Ashford, Kent ‘For the Duration of the War with the Colours, and in the Army Reserve’ on Sunday 12 December 1915. At the time of his enlistment, John stated that he was 35 years old, and that he was born in 1880 but was unsure of his actual date of birth, he also stated that he was employed as an Engine Labourer and named his father Hammond Lancaster as being his next of kin. Having initially been placed on the Army Reserve, John was mobilized on Friday 24 March 1916, and as instructed he reported to the Regimental Depot of The Buffs (East Kent Regiment) at Canterbury, Kent.

From the Regimental Depot at Canterbury, John was immediately posted to the 3rd (Reserve) Battalion, The Buffs (East Kent Regiment) at the Citadel, Western Heights, Dover, Kent, from where at the completion of his training on Thursday 29 June 1916 he was posted to the 1st Battalion, The Buffs (East Kent Regiment) for service on the Western Front with the British Expeditionary Force, and embarked at the port of Southampton the same day.

He disembarked at Rouen, Seine-Maritime, France and reported for duty at the 6 Infantry Base Depot at Rouen from where he was posted to his battalion, which John joined in the field.

On the day of Johns’ death, the 1st Battalion, The Buffs (East Kent Regiment) was at the Somme village of Rainneville which is situated on the D11 road, approximately 7 miles north of Amiens.

Only three members of Johns’ battalion lost their lives on Wednesday 6 September 1916, all of whom came from the Ashford area of Kent. In addition to John, 18 year old regular soldier, Private Frank Thompson who was the son of Samuel Thompson and Mrs. Sarah Rebecca Thompson of Capel Road, Ruckinge, Kent, who like John is commemorated on the Thiepval Memorial. The other soldier was 33 year old Christopher James Brown who was the son of William Brown and Mary Ann Brown of Rose Cottage, Ledcar, Charing, Kent, and Christopher is at rest at London Cemetery and Extension, Longueval, Somme, France.

On Wednesday 27 August 1919, Hammond Lancaster completed a copy of Army Form W.5080 in order to be sent a bronze memorial plaque (aka Dead Man’s Penny) and accompanying certificate. The form was witnessed by the Reverend William Eastgate Middleton Nunn, M.A. who had been the Rector of Aldington since 1898.