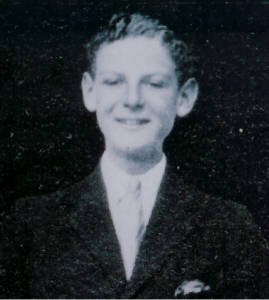 Following service in Sudan, the 21st King George V’s Own Horse (Central India Horse), Indian Armoured Corps in which John was serving, arrived at Port Said, Egypt on Sunday 13 April 1941. The regiment rejoined the 4th Indian Division at Baggush Box on Wednesday 7 May and protected landing grounds in the area until the end of the month. On Friday 6 June, it came under command of the 22nd Guards Brigade at Buq Buq and assumed responsibility for the coast up to Halfway House. One squadron of the 11th Cavalry was attached to the regiment.

The regiment was very active throughout the second half of 1941. It served in the June ‘Battle-axe’ offensive as part of ‘Coast Force’ with the 11th Indian Brigade from Sunday 15 to Wednesday 18 June 1941. The 4th Indian Division then withdrew to Baggush and the regiment remained on outpost duty in the coastal sector from Friday 20 June to Saturday 2 August with its 15 cwt trucks and carriers. It moved to Baggush on 2 August and then sent ‘A’ Squadron for garrison duty at Giarbub Oasis, approximately 150 miles south of Sollum. One month later ‘B’ Squadron relieved ‘A’ Squadron for a further spell of six months of garrison duty. In mid-August 1941, the regiment moved to a better camp on a promontory. It returned to the front on Wednesday 24 September, based on the escarpment in a reconnaissance role from Saturday 25 October to Saturday 8 November, and was then engaged on outpost duties until Tuesday 18 November 1941.

John participated in ‘Operation Crusader’ under the 4th Indian Division from Tuesday 18 November until Tuesday 9 December 1941, when his regiment led the advance to Acroma through El Adem and continued in the advance to Bengasi with ‘A’ and ‘C’ Squadrons under the 5th and the 7th Indian Brigades. ‘C’ Squadron reached Derna by Thursday 18 December, and the regiment reached Bengasi by Christmas Eve and secured the area to the south. General Erwin Rommel attacked with his Afrika Corps on Wednesday 21 January 1942 and the regiment fought a withdrawal from Bengasi. ‘A’ Squadron formed part of ‘Goldforce, ‘C’ Squadron part of ‘Silverforce.’ while the rest of the regiment was under the H.Q. Group. It retreated behind the Gazala Line by Wednesday 4 February and reassembled at El Adem the following day. It remained there until returning to the Delta on Monday 16 March 1942.

From March 1942 until the end of January 1943, Johns’ regiment served in the 10th Indian Motor Brigade initially serving at Khataba Camp then moving on to Deha in the Delta in May with the brigade. In June 1942, the brigade fought at Mersa Matruh, returning to the rear at Mareopolis on Tuesday 23 June. It was dispatched to Persia via Baghdad from the Delta on Monday 14 September 1942. It arrived at Malayar on the road to Hamadan on Monday 28 September, and  three weeks later was sent to Andimishk via Kurramabad. Arriving at Andimishk at the end of October 1942 it trained there for the next three months as a reorganised regiment with anti-tank guns in one squadron and two squadrons with Bren Carriers and wheeled carriers.

For several years the compiler had incorrectly assumed that John had died of wounds received in the battle Battle of Mersa Matruh, as his regiment was there. The battled raged from Friday 26 to Monday 29 June 1942 following the defeat of the Eighth Army commanded by General Sir Claude Auchinleck at the Battle of Gazala. Members of the Gardner family, however, revealed that John died of dysentery, as opposed to a wound. He was numbered among the 92 personnel of the 21st King George V’s Own Horse (Central India Horse), Indian Armoured Corps who died during the Second World War, and is the only member of his regiment at rest at Alexandria (Hadra) War Memorial Cemetery. 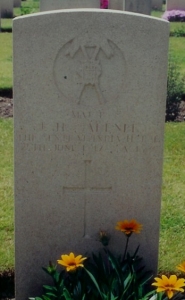 During the Great War, Alexandria where John is at rest, was an important port and military hub, and in the Second World War, Alexandria was again an important centre, this time as a hospital taking casualties from campaigns in the Western Desert, Greece, Crete, the Aegean Islands and the Mediterranean. Rest camps and hostels were also established there, together with a powerful anti-aircraft base. Alexandria was the communications centre for the middle and near east and became the headquarters of the Military Police.